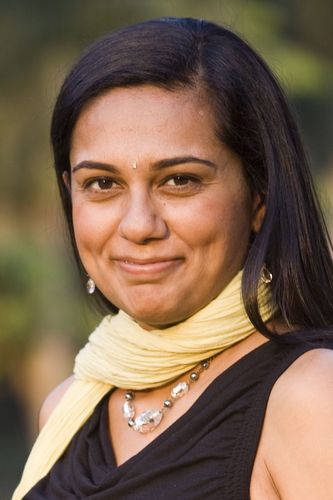 Anu Anand is a BBC World Service anchor/presenter with 22 years experience in international news and current affairs. Anu has worked all over the world, reporting major stories like the death of Mother Theresa, the 2003 U.S. invasion of Iraq, the 2004 Asian Tsunami, Nepal’s devastating earthquakes in 2014 and several Indian elections.

She was based in New Delhi for 8 years covering the country’s epic economic and social changes.

She has also worked for APTN, the Guardian, the Christian Science Monitor, Al Jazeera English and Marketplace, launching the global edition of Marketplace Morning Report from the BBC World Service in 2017.

On air from London, Anu has covered live breaking global news for the BBC since 2000: from the 9/11 attacks on America, the invasion of Afghanistan and Iraq, the second Palestinian intifada, to various terrorist attacks. She has interviewed authors like Orhan Pamuk and Tara Westover; actors including Riz Ahmed, Manisha Koirala, Shabana Azmi and Sir Ian McKellen; as well as countless politicians including General Pervaiz Musharraf of Pakistan. She also hosted several editions of World Questions, a panel and live audience debate show held in various countries throughout the world.

She was a launch presenter for the BBC global discussion show, World Have Your Say.

Anu is a UNC-CH Distinguished Alumna 2020, Winner of the 2019 AWA Media Award and the author of a bilingual children’s book, Meri Bindi, published by Hachette. She is also a trustee of the charity, The Magpie Project, based in Newham, East London.

Personal:
Anu was born in Jammu, part of Jammu & Kashmir state in India, but emigrated to the United States with her parents a year later. Her career in journalism began at UNC-TV in North Carolina in 1995 and in 1996 at United Press International in New Delhi, where she earned one rupee per word. She is married to the author Tarquin Hall and has two children.

An open letter to all you ABCD Modi-maniacs out thereMy parents voted for Barack Obama, presumably because like so many immigrants in America, they see the Democrats as more inclusive than the Christian-right-dominated, overwhelmingly white Republican Party. […]
01 October 2014

It's raining mulberries & squiggly seed pods...
Seed pods of Acacia Nilotica Before the scorching summer sun consumes us entirely, I wanted to dwell on the delights of the last few temperate weeks of Indian weather. In our […]
May 07, 2014

Back to full time work
Whose desk is this anyway? ©Sacred Cow Media Ltd.     If only the kids could be put to work!! Sadly no. They can usually be found mucking about at my desk, either […]
Mon, Mar 03, 2014

The Ultimate Guide to Indian Rooftop Gardening
My New Year has begun in a new flat - one that is considerably free of electrical fires and deranged landlords! And with Delhi's blissful winter days upon us, I've […]
Jan 02, 2014

The mother of all jasmines
After my Indian wedding, once the elephant-led procession was over, and the vows completed around the sacred fire on a chilly December night in the desert... my new husband and […]
Sep 27, 2013

Gifts only a gardener could love...
A pair of used, heavy-duty gardening gloves and three terracotta composters... apart from the Monsoon, which has kicked off here in Delhi with a deluge that flooded our office and […]
Jul 10, 2013

Hey India, you didn't build that!
If I had to analyze why -- despite its ancient culture, knowledge, enterprise and natural resources --  India remains home to more poverty and deprivation than sub-saharan Africa... here's what […]
May 06, 2013

Anu Anand is a freelance multi-media reporter based in New Delhi, India. For 18 years, she's covered the international news for the BBC as a presenter and reporter.